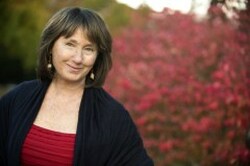 ​With almost four decades of performing festivals, concert halls, coffeehouses, colleges, and house concerts, along with a half dozen acclaimed CDs, Bernice Lewis has built a solid national fan base. She is also a published poet, a producer, and an educator extraordinaire. Lewis — who studied vocal improvisation with Bobby McFerrin, guitar technique with Alex DeGrassi and Guy van Duser, and songwriting with Rosanne Cash and Cris Williamson — has been a featured performer on NPR’s Mountain Stage program, as well as at the Kennedy Center. In 2008, she was awarded an Artist in Residence position by the National Park Service. In 1987, she was a finalist in the prestigious New Folk Songwriting Contest at the Kerrville (Texas) Folk Festival, where she continues to be a main stage favorite. Her ballad, “Bridges That Hold,” was included in Peter, Paul and Mary’s Lifelines video (PBS). She was featured in Yoga Journal for her work with sound and yoga, and has shared the stage with many renowned artists, including Dar Williams, Dixie Chicks, Patty Griffin, Pete Seeger, Ellis Paul, Rory Block, Livingston Taylor, Odetta, Christine Lavin, Marty Sexton, Patty Larkin, Catie Curtis, Mary Gauthier… it’s a long list. She has a forty-year old daily yoga practice, loves good coffee, and her religion is the Grand Canyon.
“For me, it’s about the songs, each different, each a well thought out message, each a labor of love,” says Bernice.  Her seventh CD, Checks & Love Letters, was released in 2014 on Houston based Berkalin Records. Produced in Nashville by Mike T Lewis of The Twangtown Paramours, this collection of originals features guest appearances by Jimmy Van Cleve of Mountain Heart, Harris Paleltiner of Darlingside, and MaryBeth Zamer of The Twangtown Paramours..
Bernice is The Artist Associate in Songwriting at Williams College in Williamstown, MA.  She also teaches at Colorado College in Colorado Springs, CO, Rock On Camp at Berkshire Community College in Pittsfield, MA, as well as at many schools and retreat centers. She has also been an Artist in Residence and workshop presenter at the Omega Institute in Rhinebeck, NY, Kripalu Center for Yoga in Lenox, MA, and Esalen Institute in Big Sur.
Bernice is also becoming widely known for her History Alive presentation, a multi-media discussion of her family’s emigration from Nazi Germany, specifically designed for Junior and Senior High School classrooms. Her song, “Ways to Survive,” won an award from the American Zionist Movement in 1996.
She is a founding and current member of  The Ladies Auxiliary Ukulele Orchestra.
Her writings and recordings will be archived in the Southwest Collection at Texas Tech University in Lubbock, TX.

Raves
“Bernice is a voice full of light and hope. She is one of the keepers of the flame of Real Songwriting.”
– Rosanne Cash
“Bernice’s life is filled with beautiful, deep things, and she writes beautifully and deeply about them. ‘Good Kind of Love to Be In’ is wonderful; spoke right to my heart! Great, jazzy cover of ‘A Case of You.’ Musically and vocally, she has new wings with the genres she’s been exploring.”
-Dar Williams
“An enlightening presence…”
-Steve Morse, Boston Globe
“It is impossible not to have a good time listening to Lewis sing.”
– Scott Alarik, Boston Globe
“Bernice Lewis may well be the frosting on the cake!”
– Rod Kennedy, Director, Kerrville Folk Festival
“Lewis’ lake-clear voice and satisfying mix of heartfelt and humorous compositions make her worth hearing. Again and again.”
– David Steinberg, Albuquerque Journal
“When someone asks me who’s the best I’ve heard, her name always heads the list.”
-Eddie Russell, Outlaw Radio/Country Eastern Music
“Her talent at reaching the audience is undeniable.”
-Sarah Song, The Williams Record, Williamstown, MA
​
Endorsements:
My Mya-Moe:
I’m proud to be an endorsed artist with this wonderful family owned company, based in the Pacific Northwest. I’m so excited to be performing on my custom made Mya-Moe Super Soprano ukulele. Check them out at
http://www.myamoeukuleles.com/
Elixir Strings: This will be my 12th year as a sponsored artist with Elixir!
I am grateful for their continued support, and thrilled with their performance on stage and in studio. They are coated with a moisture resistant substance and they seem to last forever. For those of you who play guitar, they are well worth the cost.
http://www.elixirstrings.com/
Taylor Guitars: I travel and perform with a Taylor 712 and cannot say enough about this company and what great instruments they create. I’m proud to have been an endorsed artist with them for over a decade.
http://www.taylorguitars.com/